Fluidity of sexual identity in teens

Researchers surveyed 744 teens (54.3% female) recruited from three rural, low-income junior high schools (7th and 8th grade) in the Southeastern US. Surveys were collected annually for 6 years with data for this research coming from years 3-5 of the study. The final sample showed racial diversity (see chart).

In addition to basic demographics and sex assigned at birth, students reported on the following at T1, T2, and T3 (grade 9-12):

Researchers found “many participants demonstrated fluidity in identity and attraction over the 3 years of data collection” (p. 92).(1)No significant racial/ethnic differences were found.

At each point in the 3 years of the survey “up to 20% of girls and 6% of boys reported a sexual minority identity label with concurrent same-sex attraction; the majority of these participants (75% of girls, 67% of boys) also reported same-sex behavior” (p.92).

As the authors point out, many of the numbers line up well with other current research looking at these topics. There are a few main issues which need to be considered when interpreting and applying this information.

Despite, or with, these issues, I think there is much that can be learned from this study.

Probably lots of “so what’s…” in an article like this. It is interesting that even in a rural, politically conservative area,

To me, this reinforces the importance of parents and community staying calm when a teenager announces a sexual minority identity or one is discovered/suspected. There is a high chance it may change if we allow the teen to continue to explore differing roles.

Parents, teachers, religious leaders, and other community leaders need to guard their attitudes and language. Using language that “others” sexual minorities or references them in derogatory ways will likely ostracize up to 20% of teens, possibly with strong negative consequences. It is possible these numbers will be even higher in more liberal or urban communities. Always assume, even in seemingly uniform audiences, there are those identifying as a sexual minority present.

This would hold for schools, churches, community groups, and also parents. Just because one variable is apparent does not mean we can assume the classification of the other variables. All too often I work clinically with someone who has had same-sex behavior experiences and believes parents, peers, or others have labeled them as gay/lesbian when they do not believe the label reflected their sexual identity.

Adolescence (and early adulthood) is a chaotic time. I believe these numbers support holding a stance of curiosity, support, and acceptance as we interact with teens and young adults.

What do you think? What implications do you see? Add them to the discussion area below…

See the original article in Journal of Adoescence 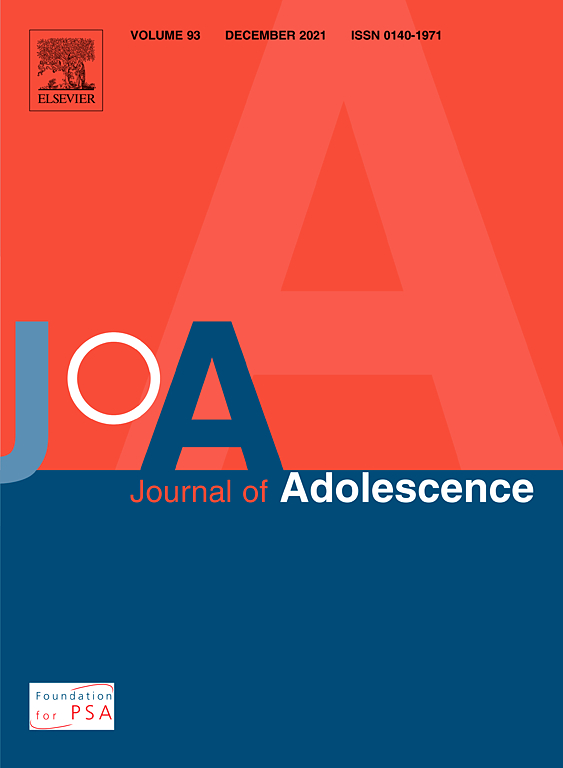 Click here to view original article in Journal of Adolescence